the most beautiful song?

I have been loving this song and feel I must share it with you - if this doesn't convince you that we can create beauty, I don't know what will. For me, it is possibly the most beautiful thing I have ever heard. When that woman's voice rises above the rest and spirals around, it is pure and intoxicating. 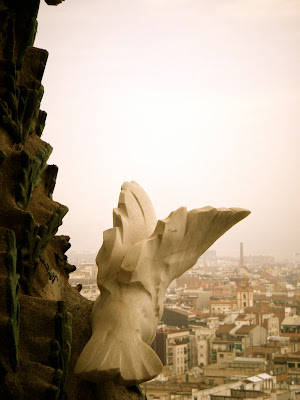 It was written by an italian composer, Gregorio Allegri. At some point this piece of music was protected from being transcribed or played outside of the Cistine Chapel for the Tenebrae service - doing so was punishable by excommunication. The story goes that in 1770 young Mozart heard the work and wrote it out from memory when he returned home. His transcription ended up in the hands of an englishman who published it in 1771. Rather than being excommunicated, Mozart was called to Rome and praised by the pope for his musical genius*. The ban was lifted and now it is the most commonly performed work for a cappella choirs.

Why would this song ever have been banned in the first place? Because it was so very beautiful. Perhaps people would hear this music and have a spiritual experience. That experience, of course could then be had anywhere they heard that music and open a personal pathway to a relationship with God. The church wanted to be sure that that type of communication could only occur with its guidance/control. There are other examples of music being avoided because of the belief that it insinuated evil, like the tritone.

Anyway, as interesting as all of that is, I'm not trying to make any big statement. I just want to share this amazing music that deeply touches my soul, no matter what sort of mood I am in. 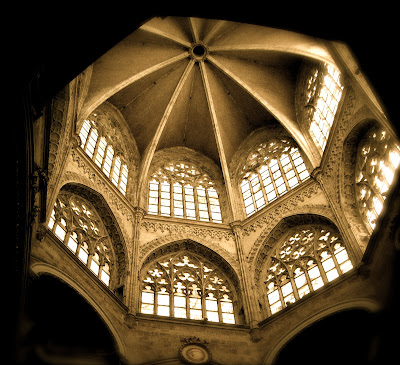 *Other composers also transcribed it, and I believe there is quite the dispute about who got it right and whose version is the best. I first heard a recording by the Dale Warland Singers, so I think I'm stuck with my first love, but there are many recordings, both with adult and children's choirs.

Email ThisBlogThis!Share to TwitterShare to FacebookShare to Pinterest
Labels: music