the best kind of warmth

It is cold today. Right now it is 6 degrees Fahrenheit, to be exact. Growing up in Houston, my personal test of how cold it was, was whether or not I could see my breath. Now it's whether or not I can feel my face after walking across the hospital campus from my car. Why/how did people settle this land before heaters and fleece? 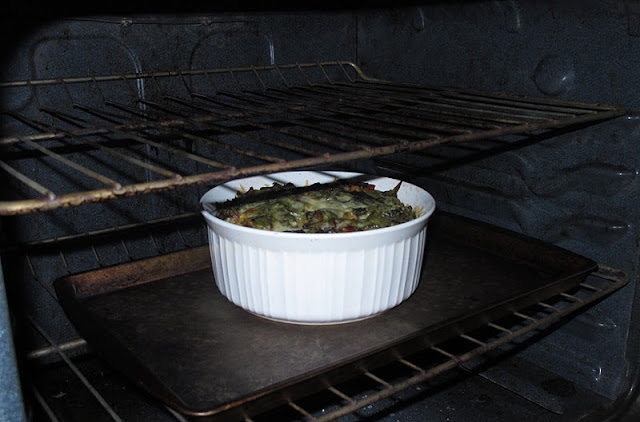 One good thing about ridiculously cold weather is that it makes me feel that much better about using both the stove top and oven at the same time. In my opinion, that is one of the best kinds of warmth. Second only to climbing back into bed in the morning to wake Ian up. A cold day, a warm kitchen, a hearty meal... that's a lot of encouragement to spend some time cooking. There was only one problem: studying. Ah, the life of a medical student. Fortunately, I decided that listening to recorded lectures, albeit somewhat passively, was good enough and set to work on a recipe that I tucked away a couple years ago. 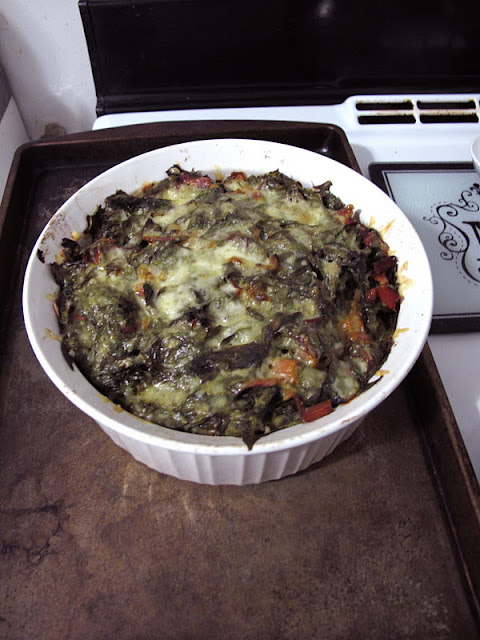 I guess I was intimidated by this recipe. There are multiple steps, requiring multiple dirty dishes and a good bit of hands-on time. I found it on Orangette, one of my very favorite food blogs. She has some incredibly satisfying, self-standing vegetable dishes, delectable scones, lovely photographs, and a good bit of wit and humor thrown into each post. I mostly followed her recipe for Chard, Onion, and Gruyère Panade, which she adapted from the Zuni Café cookbook, but I took a few shortcuts, which I explain below.

I was a bit worried that the changes I made would take too much away from the texture and overall desired effect of soggy bread and gooey cheese. All I can say is that, while I have no point of comparison, the outcome was delicious. Warm and filling, a perfect balance of textures, flavors, and food groups. I added a poached egg on the side, but can honestly say that it didn't really add anything. 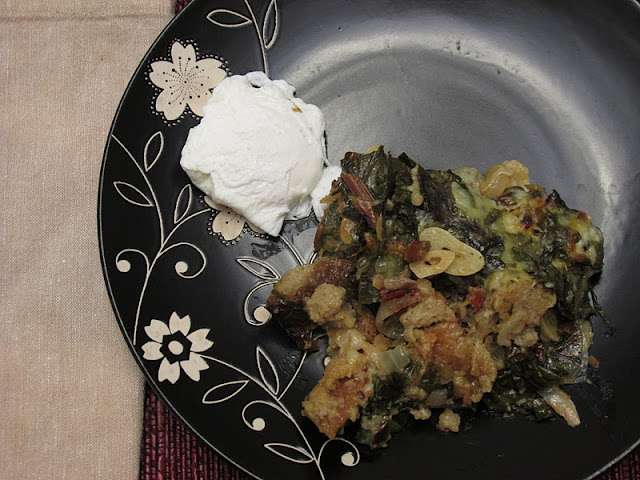 Next time I make this (and there will definitely be a next time), I plan to add more onion and make at least 3 times as much. I can't wait to eat my leftovers tomorrow.

Chard, Onion, and Cheese Panade Recipe:
I tend not to measure or keep time while I cook, so I'm just giving you some brief instructions, highlighting where my recipe differed from the original. If you prefer more guidance, I suggest you look at the original.

1 yellow onion, quartered and sliced (I plan to use 3 next time)
5 large cloves garlic, thinly sliced
2 bunches swiss chard (or other green)
about half a loaf of old bread, cubed
2 handfuls grated cheese - I used as mix of Emmanteler and sharp white cheddar
2 cups chicken or veggie broth
olive oil
salt & pepper

1. Caramelize onions
Heat olive oil over medium heat, add onions. Cook for a few minutes before stirring, allowing them to begin to brown. Stir in the garlic and a pinch of salt, and cook on low heat for another 30 minutes or so, stirring occasionally

2. Wilt chard
Remove the stems and chop them up into thin pieces, like you might with a stalk of celery. Cook these in olive oil over high heat for a couple minutes. Meanwhile, prepare the rest of the chard by rolling and slicing into ribbons. Add it to the stems and olive oil along with some salt & pepper. Allow this to cook about 2-4 minutes, stirring a bit so that it becomes uniformly wilted but still maintains good structure and bright green color.

3. Prepare bread
In a bowl, add some olive oil and about 1/4 cup of the broth to the bread and use your hands to rub it in.

Preheat oven to 400. Pour the rest of the broth into a small pot and bring to a simmer.

4. Layer
In a casserole dish, begin with a small scoop of the onion mixture. Then bread. Then more onions. Then chard. Then a handful of cheese. Repeat. Of course, the number of times you do this will depend on the size of your dish and the thickness of your layers. I only managed to get two in, and I had about a cup of chard leftover. As long as you finish with cheese on top you're fine.

Pour the rest of the broth over the panade, making sure to get it around the edges of the dish. Cover with a lid or aluminum foil and place in the oven. (I put a baking sheet underneath in case it bubbled over, but it didn't.) Cook at 400 for about 30 minutes. Lower heat to 325 and cook for another 30 minutes. Raise heat back up to 375, remove lid and cook for another 15 minutes so the top crisps up a bit.

When it's finished cooking allow it to cool a bit before serving.