This summer has been a whirlwind. I feel like I have been not just in multiple countries or continents, but in multiple worlds. Now I'm back in Texas, visiting my family and trying to soak up enough heat and humidity to get me through  my next Chicago winter. I'm also trying to mentally prepare myself for second year, about which I have only gotten scary warnings. Actually, I should probably say prepare myself emotionally because I am not planning on doing any studying during these last 2 weeks of summer. I heard one friend mention his plans to review anatomy and physiology this month, while another one spoke of getting a head-start on studying for the Boards. I wish I had never heard them say these things - every time it crosses my mind I feel a tinge of both guilt and panic. Nevertheless, I refuse to pull out any textbooks or old powerpoints until at least the day before classes start.

Okay, now that I'm through with that, here's an attempt to push my mind back towards medicine. A vacation in Italy is actually a great place for this when you think of the earliest anatomists like Leonardo da Vinci. I even got to visit the church where Michelangelo studied cadavers, hiding himself from the rule of the Catholic church with the help of a priest. It is obvious that Michelangelo's anatomical knowledge allowed him to master the human form in sculpture and painting, but that wasn't enough for him. He wanted to show off a bit, so he snuck some neuroanatomy into the ceiling of the Cistine chapel. The amazing thing is that this was not noticed until the end of the 20th century. In 1990 a paper was published, noting that the cloth around God in the image of God Creating Adam is shaped like a sagittal cross-section of the right brain. More recently, it has been noticed that God's neck in The Separation of Light from Darkness is an uncanny depiction of the brain stem. For pictures and more, read this.

I love it when art and anatomy collide, and it's funny how medicine has changed the things I notice in art. For example, the veins of David's arm are much more interesting than I'm sure they would have been a year ago, and I was really excited when I noticed that this statue had a traumatic auricular hematoma, also known as "cauliflower" or "boxer's" ear. 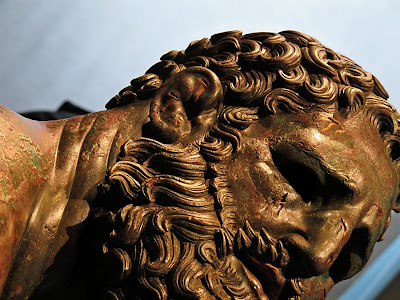 In fact, it's something you can find all over the place. I came across a fun blog called Street Anatomy when I attended the opening of an art gallery that they hosted at the Museum of Surgeons last year. (I especially enjoyed this post.) 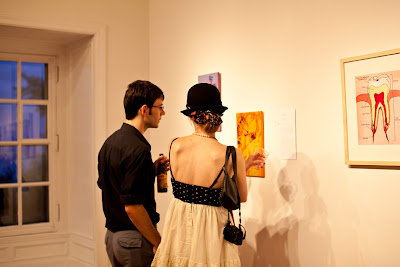 Here's another fun one that I noticed a few years ago on Gaudi's Sagrada Familia in Barcelona. 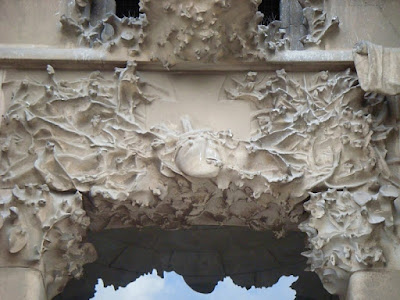